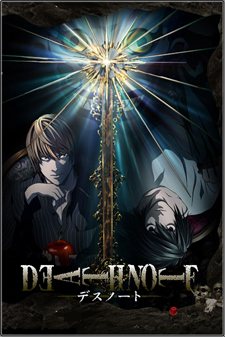 Ryuk, a Shinigami, one of the gods of death, drops his notebook on earth. This Death note in the hands of a human allows him to see the Shinigami, the owner of book, and kill anyone. The human just have to write the full name of the person and visualize his face to kill this person. It is Light Yagami, a very intelligent and bright high school student, who will pick up this Death note. At the beginning, he does not believe in this book but after writing a name and see him die in front of him, Light knows that the powers of the Death note are true. He will meet shortly after Ryuk and tell him about his great project, to rule the world as God and make a better world. For this purpose, Light has a plan! He will eradicate all the criminals of this world and let live only those who he deems "good" morally. There is a manual on this book, you must know the name and face of the person that you want to kill but it is also possible to indicate the date, time, cause and detailled circumstances of the death. Otherwise the default cause will be due to heart attack and the death will occur after 40 seconds.

Following the untimely death of many criminals, the Japanese police suspect the existence of a serial killer they nicknamed "Kira" (pronunciation of "killer" in Japanese) and decides to investigate these strange deaths. This is when will intervene the internationally renowned and genius detective "L". He decides to conduct its own investigation with the help of the Japanes government and the Japanese police to unmask "Kira" and stop these serial killings.

This anime is really interesting from a logical point of view and reasoning. The investigation that we follow is leading by "L" and at the same time, we know who is " Kira ", we don't really want him to be arrested. There are a lot of suspense, intrigue and reversal situation. We think that what " Kira " do, is not taht bad because he kills the criminals but at the same time we are divided because it is not normal that a single person decides the life or the death of someone, even if that person is a criminal. This is the dilemma of this anime. We are torn between " Kira " who kills criminals so the lives of his future victims will be saved and "L" which embodies the right way, justice and reason. 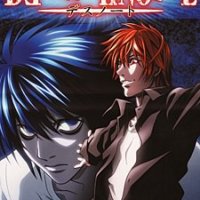 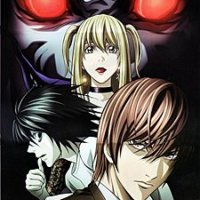 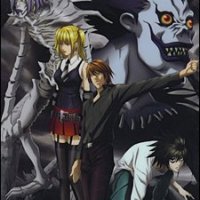 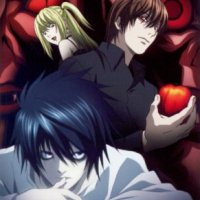