Here we are in Kyoto, mid-July for the Gion Matsuri. This is one of the 3 biggest summer festivals in Japan with the Kanda Matsuri in Tokyo and the Tenji Matsuri in Osaka. This year the opening parade took place July 17 and the closing parade a week later on the 24th of July. Almost all the streets around Shijo Dori, the main street where the parade takes place, were closed to traffic from the Thursday before the two parades. In fact, between 14 and 16 July, the carriages are exposed in the streets around the main artery. There are also food stalls , drinks, games... in the streets. A lot of people come to see the floats carriages before the parade and enjoy the stands with their family. There is a particularly warm and festive atmosphere on the evening of July 16, just before the parade.

The Gion Matsuri is a festival celebrated since 869 and it stands still around the middle of July celebration of the Temple Yasaka Shrine. Indeed, in 869, the country fell prey to the plague. The Emperor therefore sent a messenger to the Temple Yasaka Shrine to pray in order to eradicate it. In Japanese mythology, it is said that the spirit of the brother of the Sun Goddess resides in the temple Yasaka Shrine, formerly called the Gion Shrine. Thanks to its power, the spirit that was transferred to the various sacred carriages belonging to the temple Yasaka Shrine, fought the evil and eradicate the plague. Since, at the same time each year, these sacred carriages are carried around Kyoto by young men born in the city in order to thank the protective spirit of the temple Yasaka Shrine. Thus the tradition of Gion Matsuri started and perpetuated. There are a total of 23 floats that will parade on Shijo Dori,Kawaramachi Dori and Oike Dori on July 17 at 9am. You can see them illuminated by lanterns the 3previous nights of both shows. The first procession begins at 9am on Shijo Dori. The carriages are beautifully decorated and the procession lasts about 3 hours, so until noon. There are really many people who want to see and photograph the parade of floats, so to get a good seat, you have to get up early. Some people arrive at 6 am to reserve a spot at the end of Shijo Dori at the crossroads where the chariots will turn out. From 4 p.m. , the 3 sacred carriagess are likely to be manhandled from the Yasaka Shrine temple until their temporary location on Shijo Dori. The second procession takes place on the following Sunday (24 July) and begins at 9:30 a.m. In this procession parades 10 floats from Oike Dori until Shijo Dori. The parade does the opposite direction of the opening procession to celebrate the closing of the festival. Then from 55 p.m. , the 3 sacred chariots are taken from the temple to the Shijo bridge to be cleaned and returned to the temple where they are stored until the next festival of Gion.

There are lots of festivals taking place the same day as the Gion Matsuri in the whole country. Throughout Japan are celebrated summer festivals in mid-July and mid-August. We chose to attend the opening parade of Gion Matsuri and the preparade festivities to give you a glimpse of this charming festival. So if you have a chance, go check it out. Whatever rain, wind or heat, the Japanese will be attending this event! 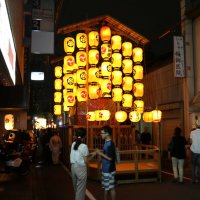 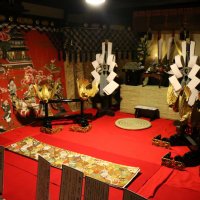 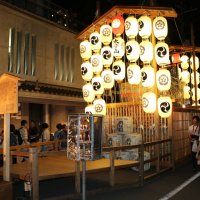 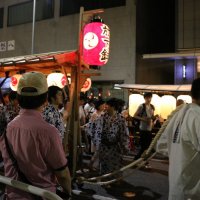 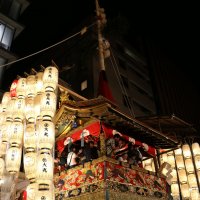 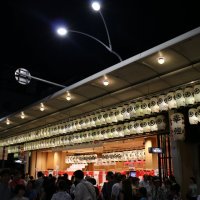 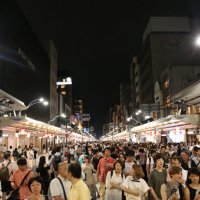 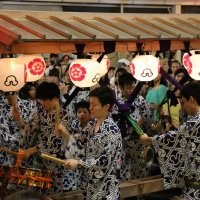 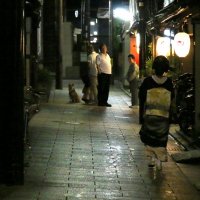 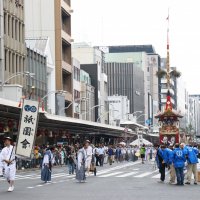 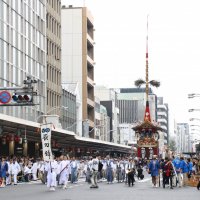 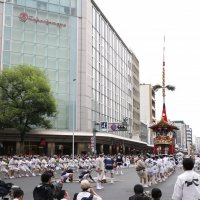 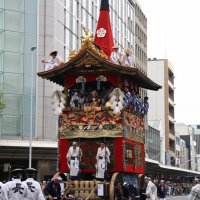 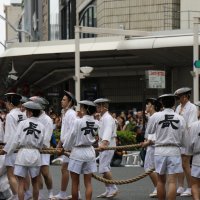 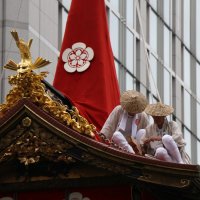 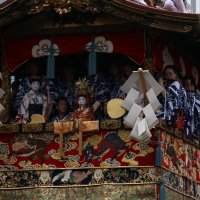 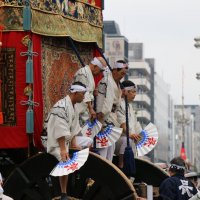 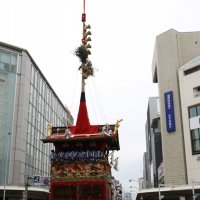 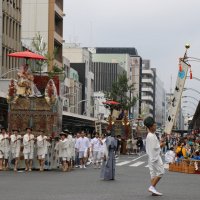 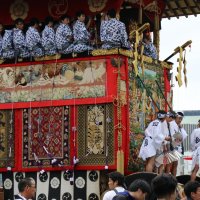