Sumo tournaments are very popular in Japan. There are specific dates with entries that can cost a fortune. If you want to see without spending a penny, around mid-April is held the Honozumo . It is a ceremony tournament at the Yasukuni Shrine near Ichigaya Station. It lasts all day and you can attend several tournaments.

Admission is free and there are a few stalls selling food. To know the exact date of Honozumo in Tokyo, you can look on the website.

As the tournaments are free and there are many known sumo, you must go very early in the morning to the sanctuary. We arrived around 9am and all the seats were almost occupied . There is only one scene in the center of the temple courtyard. All tournaments are on this scene. There are a way in 2 sides of the stage that is where sumo will pass to reach the scene.

Early in the morning, sumo prepare themselves and train on the scene. At around 11 am, there are some entertainment : a fake sumo fight for fun, a player of Taiko (Japanese drum), or even sumo chants in ceremonial robes. Then all the sumos are presented on stage by team. And this is where the tournament starts. As said earlier, Honozumo lasts a full day. The program is available at the entrance of the court (but as it is in Japanese, so we did not know whowill face who until they come and especially at what time). In one day, it is quite possible to see over ten fights.

So for those interested, here in our video a little insight. The atmosphere is very nice and it's always better to see the sumo tournament in true, it is pretty impressive :) 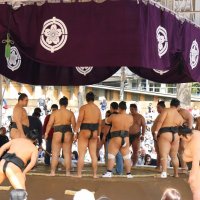 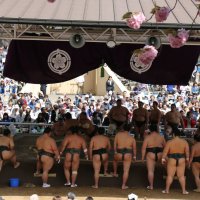 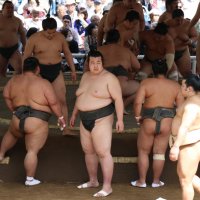 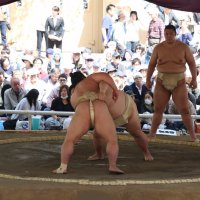 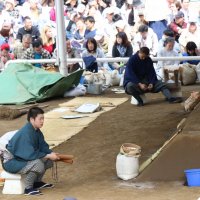 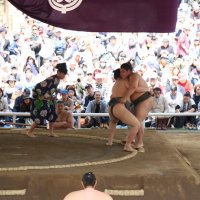 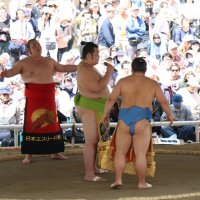 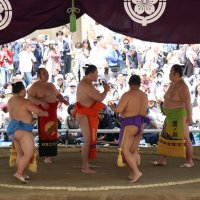 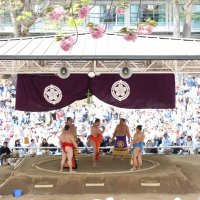 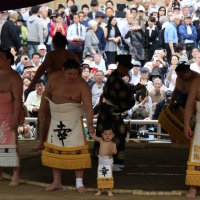 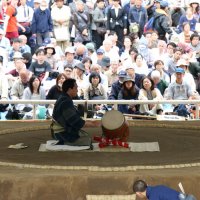 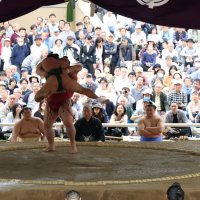 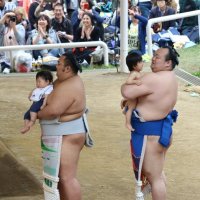 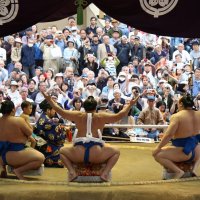 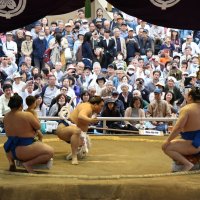 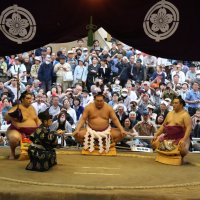 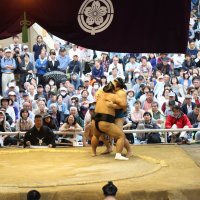 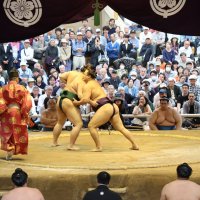