In Kawasaki, a suburb of Tokyo, is celebrated the first Sunday of April each year, the Iron Penis Festival, Kanamara Matsuri. It is a festival with a Shinto ritual, religious dance and parade. 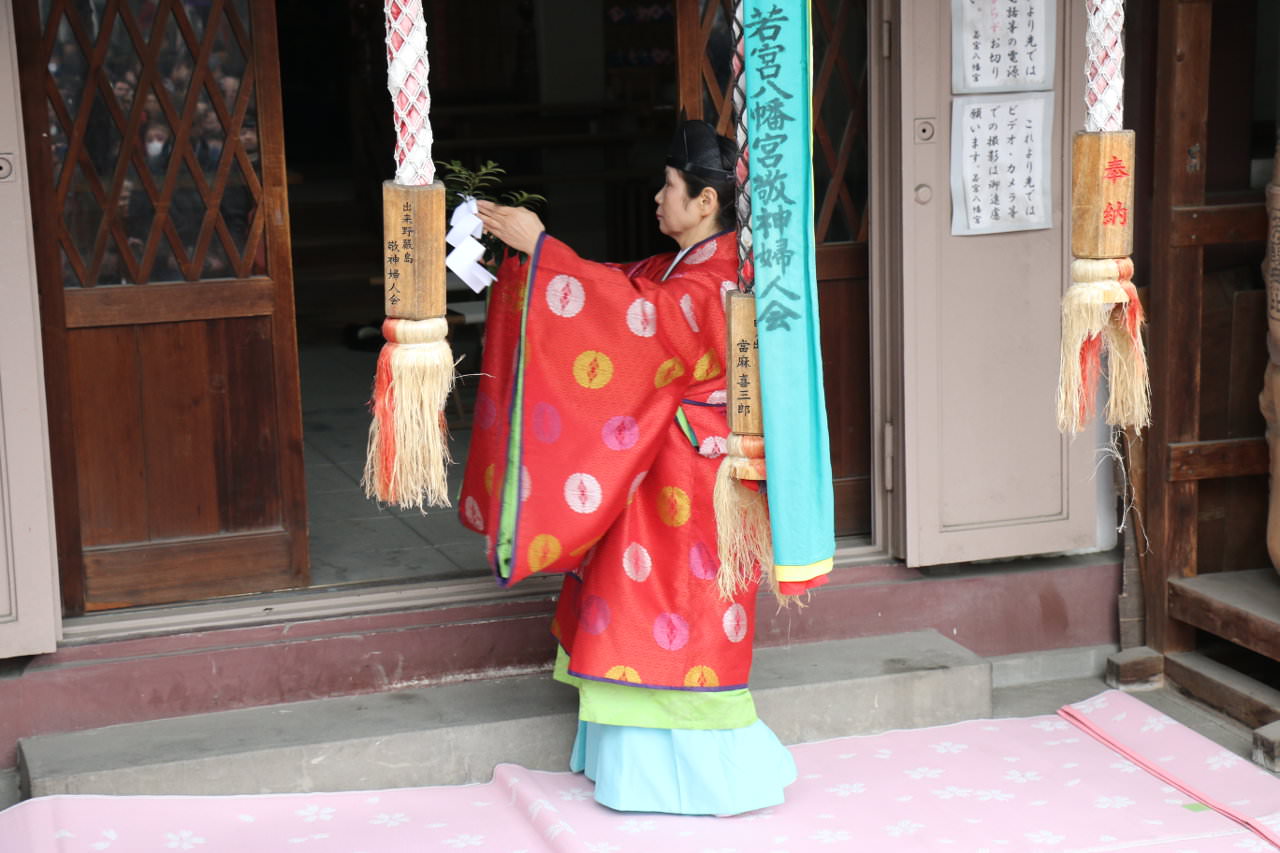 This event, once frequented by prostitutes, brings today together the Japanese around the theme of fertility and the male genital organ. This is why it is followed by many Japanese for different reasons : frist, to pray to have healthy children and thank the gods who has granted their wish. But we can see from year to year that this festival is becoming more popular among foreigners, transsexuals and the gay community.

The story tells that a demon was in love with a girl but she did not return his love. For his revenge, he hid in the vagina of the young girl and during her wedding night with her first husband, the demon with sharp teeth castrated him. The young woman married once again but the story repeated a second time. After this second castration, a blacksmith built an iron penis, the demon broke his teeth on it and freed the woman's vagina. The Iron Penis since then became a holy relic.

The procession of the Kanamara Matsuri is composed by 3 Mikoshi (mobil temple made by wood carried by people) : 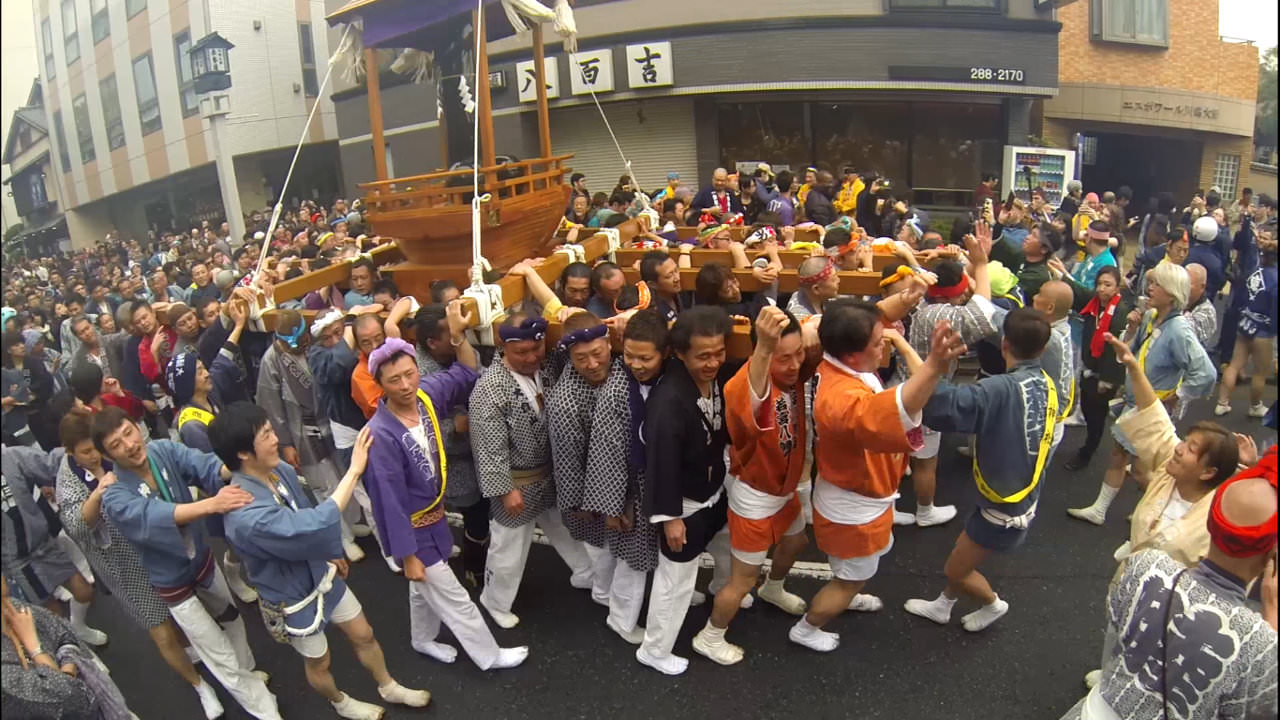 Iron Penis in the parade with its carriers

In the older Mikoshi, the Wood Penis 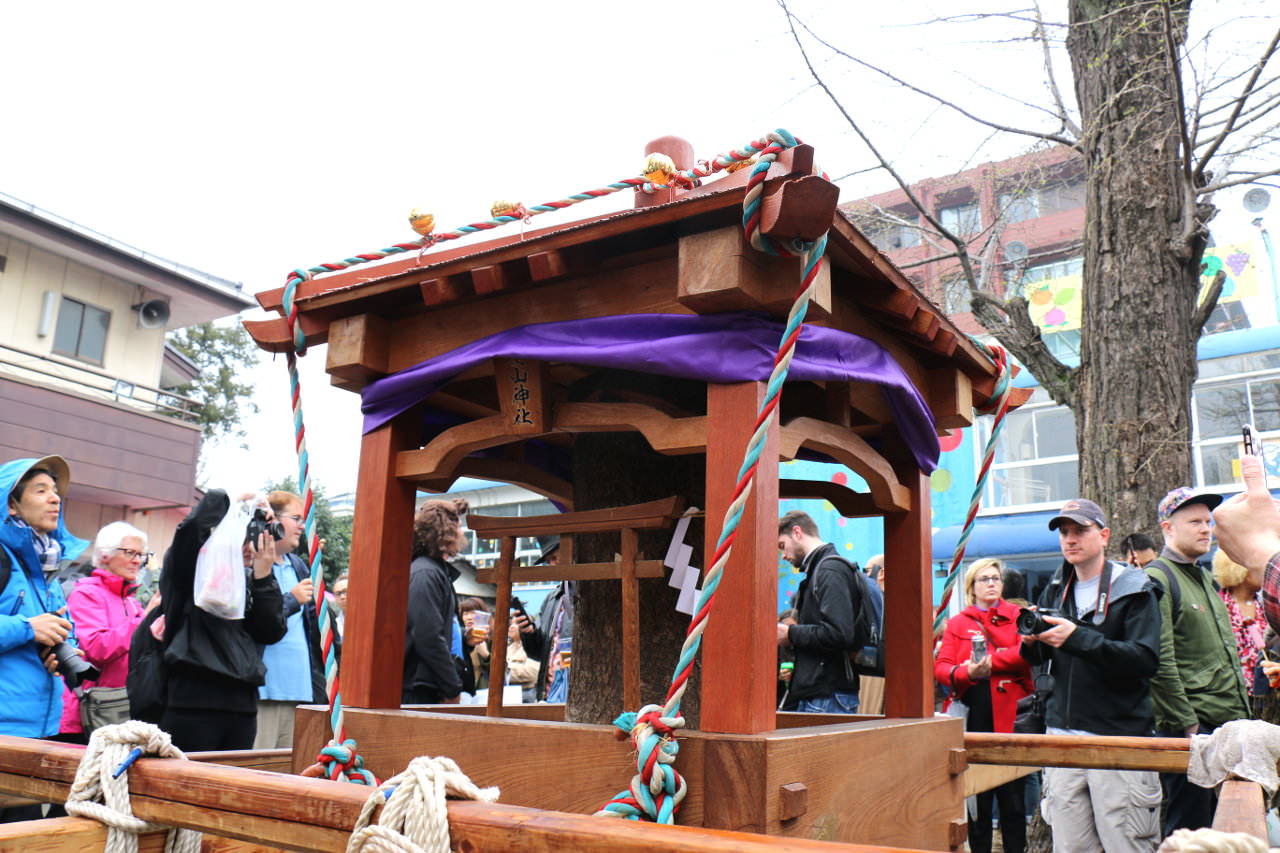 In the Mikoshi sharped like a boat, the Black Iron Penis 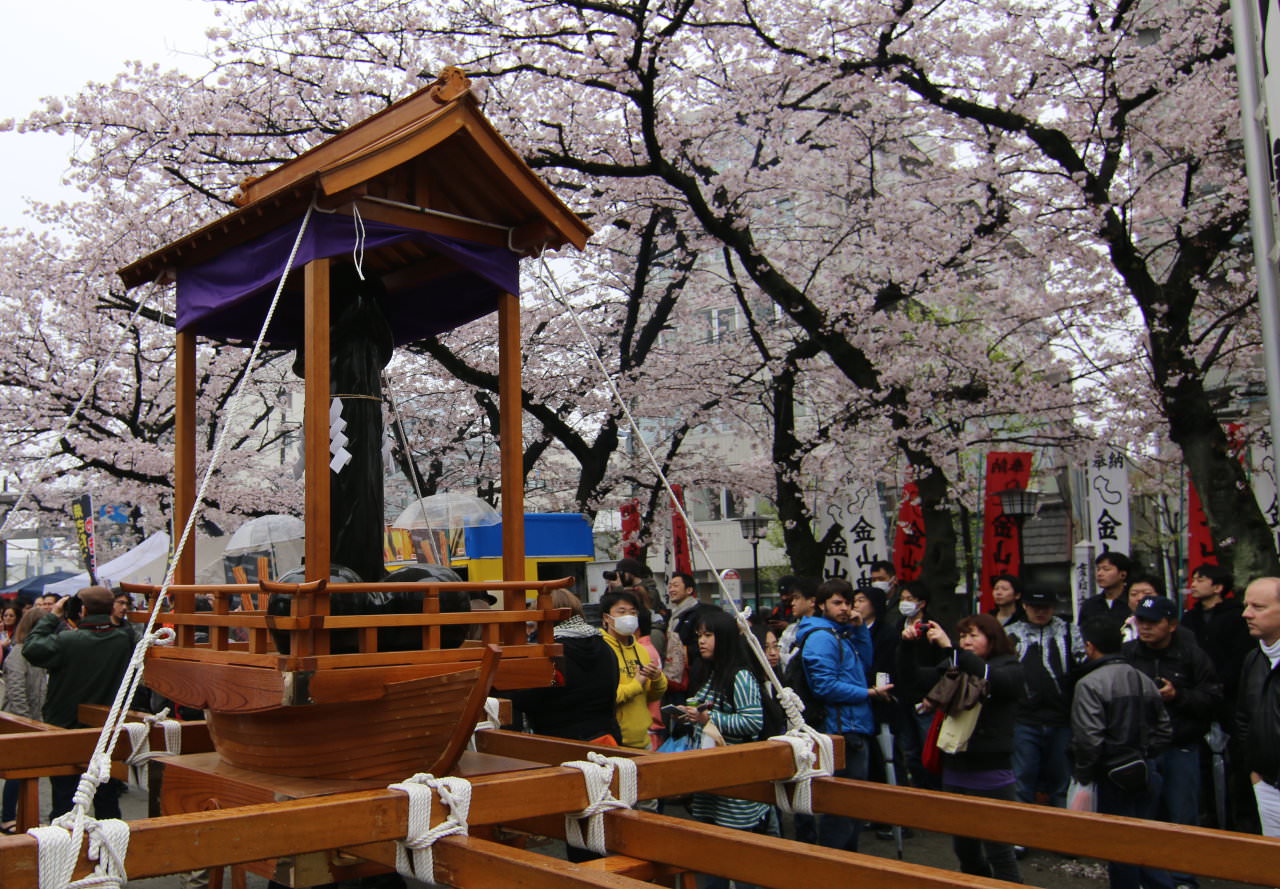 In the Elisabeth Mikoshi without roof, the giant Pink Penis 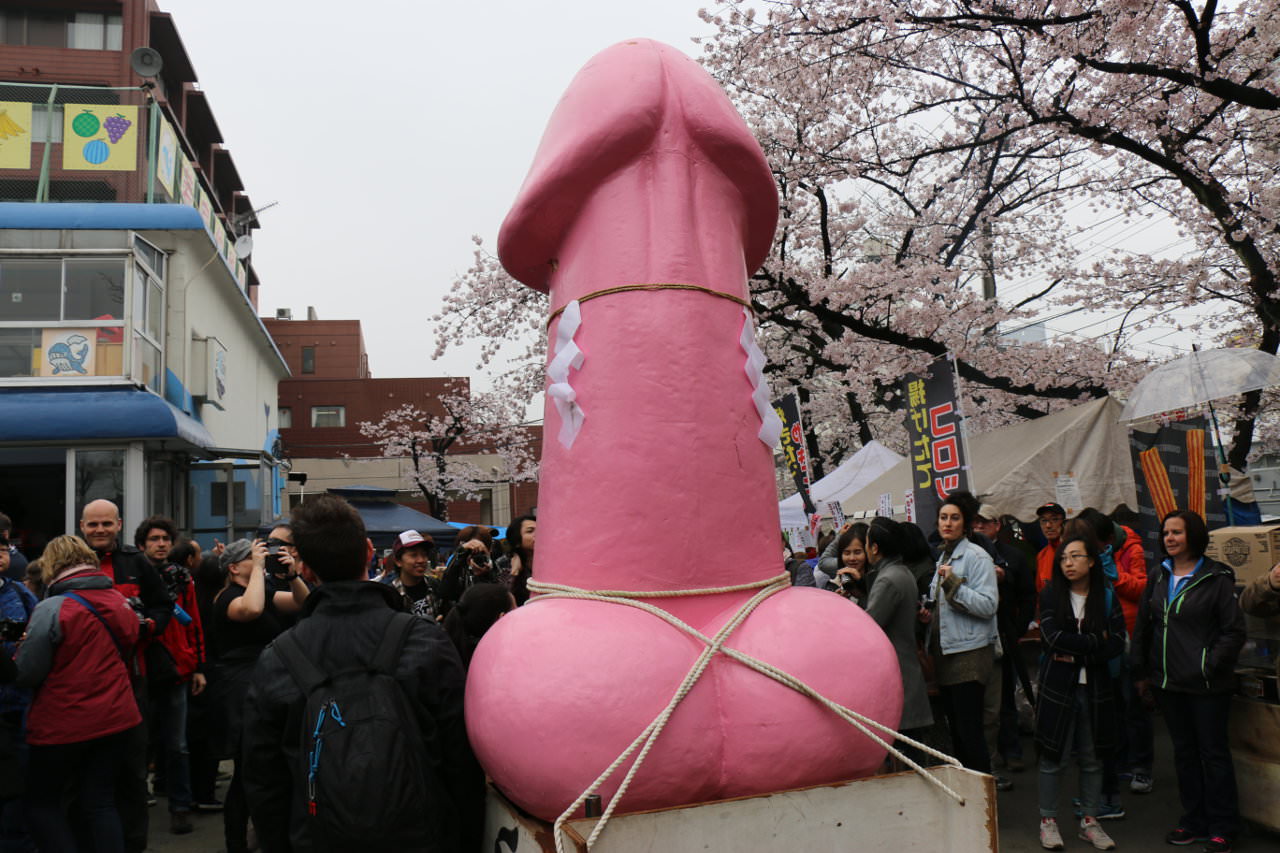 As in any Matsuri, there are also various stalls of souvenirs and foods. You can buy t -shirts, stickers or hats with penis drawn on 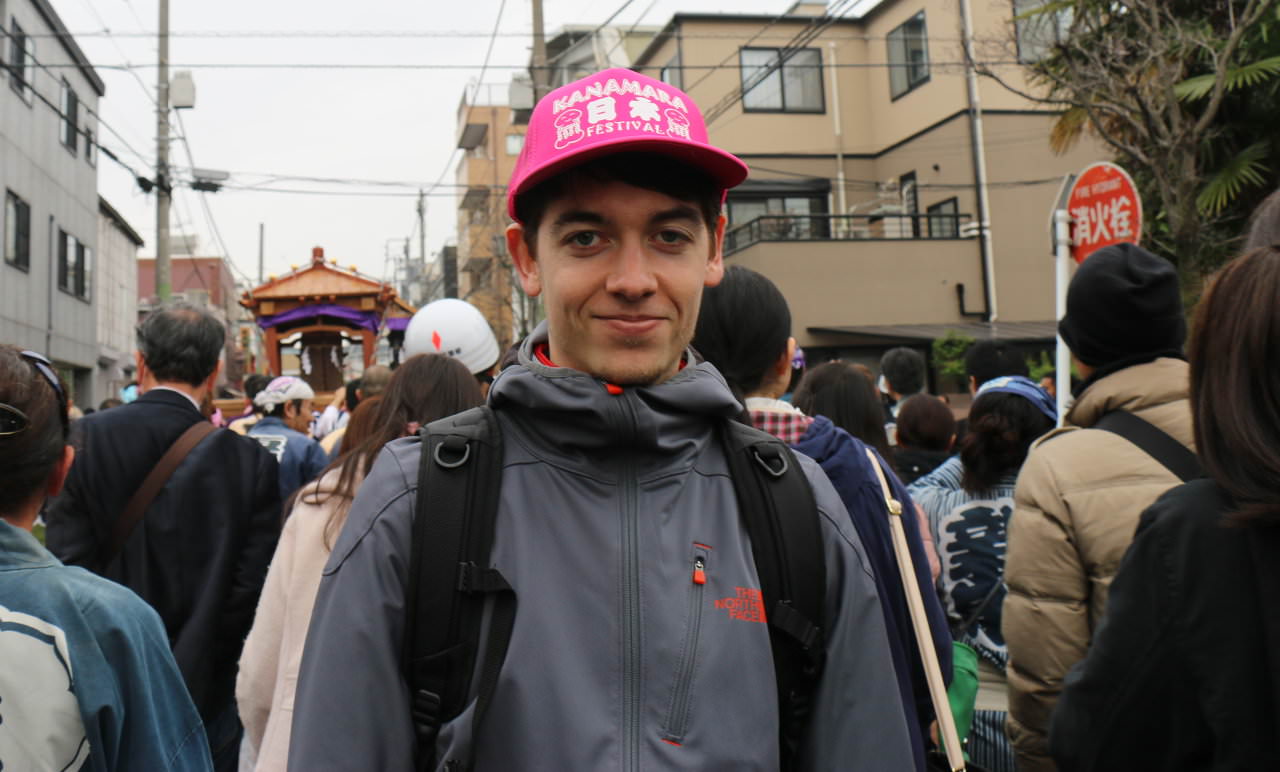 Hat of the festival Kanamara Matsuri

As well as many other types of memories, all with the form of the main theme of Matsuri, the Penis, such as candles, wood carving , pens ,... 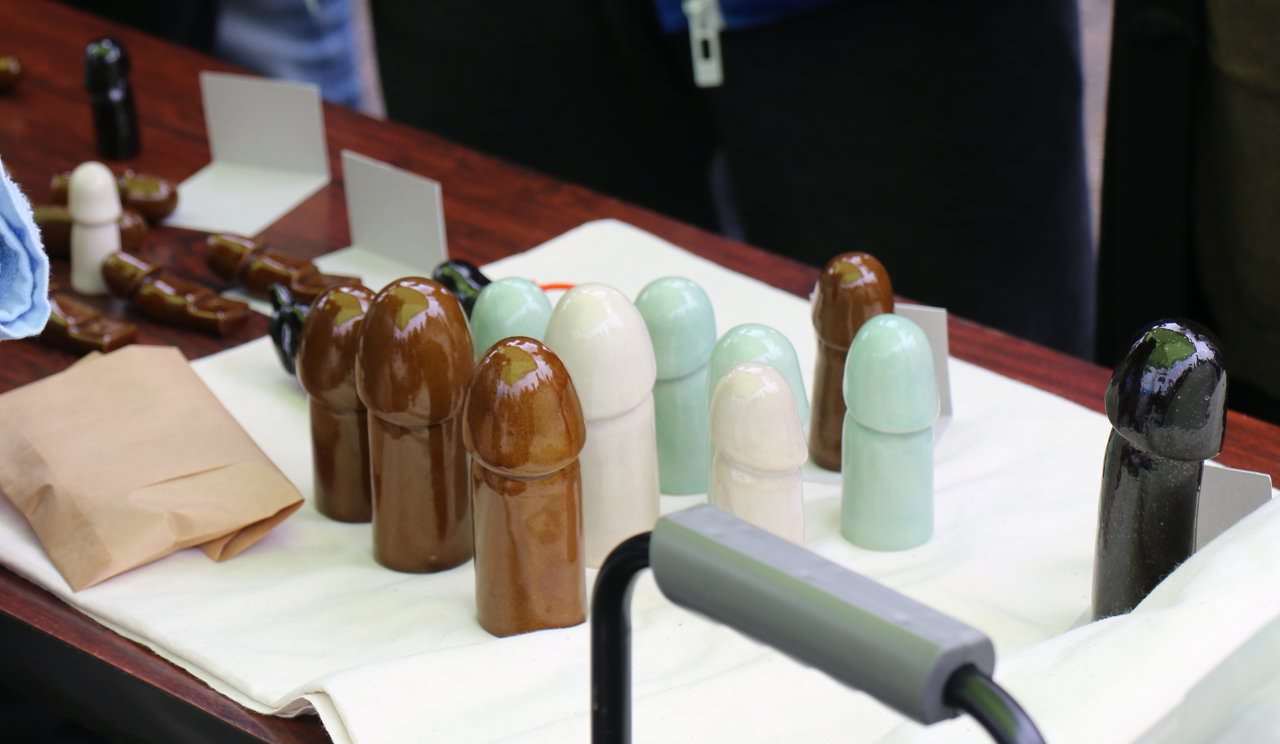 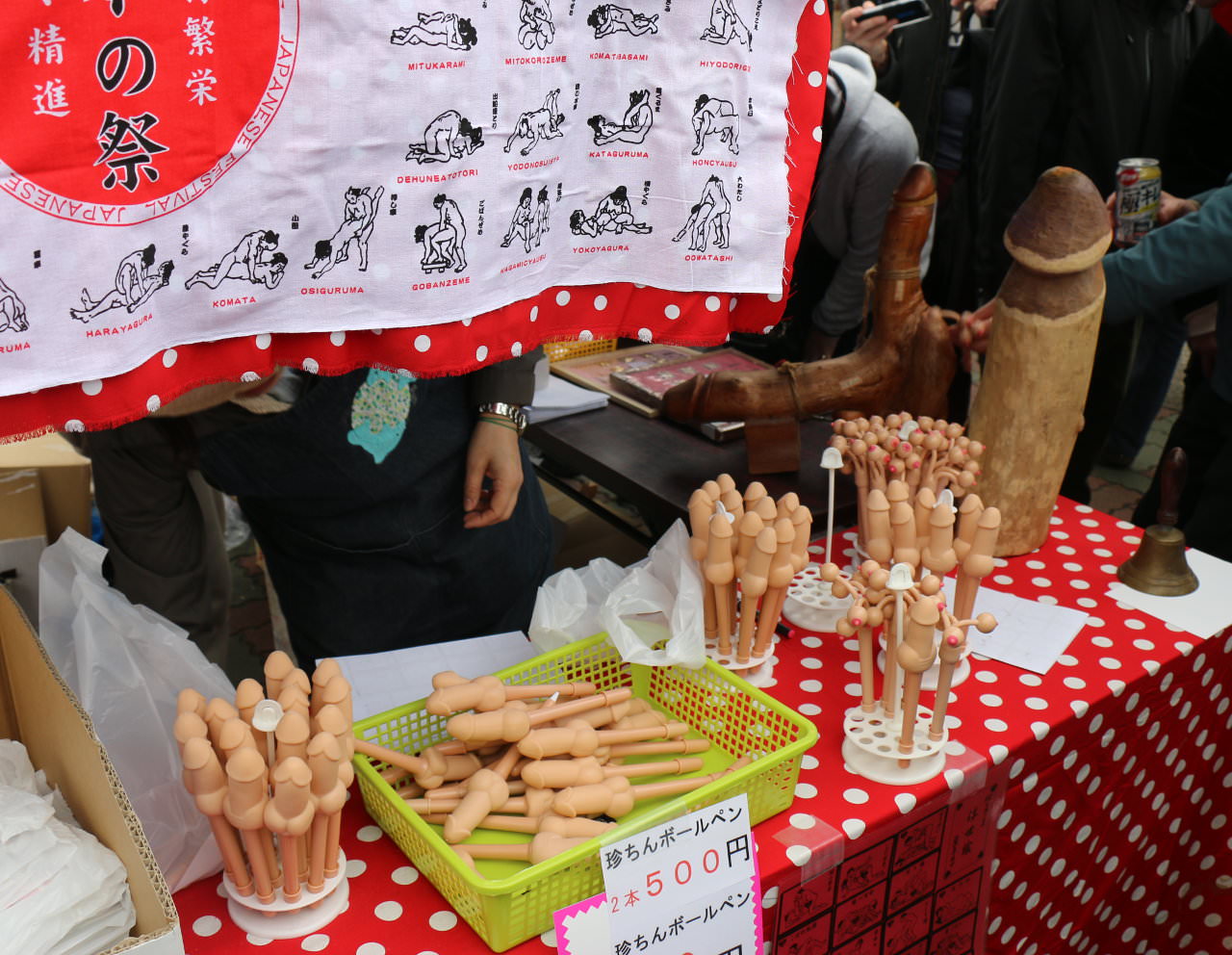 Stand which sells pens with penis, boobs and wood carving

Food stalls also offer outbound things a bit unconventional as lollipops shaped penis and many other kinds of foods. 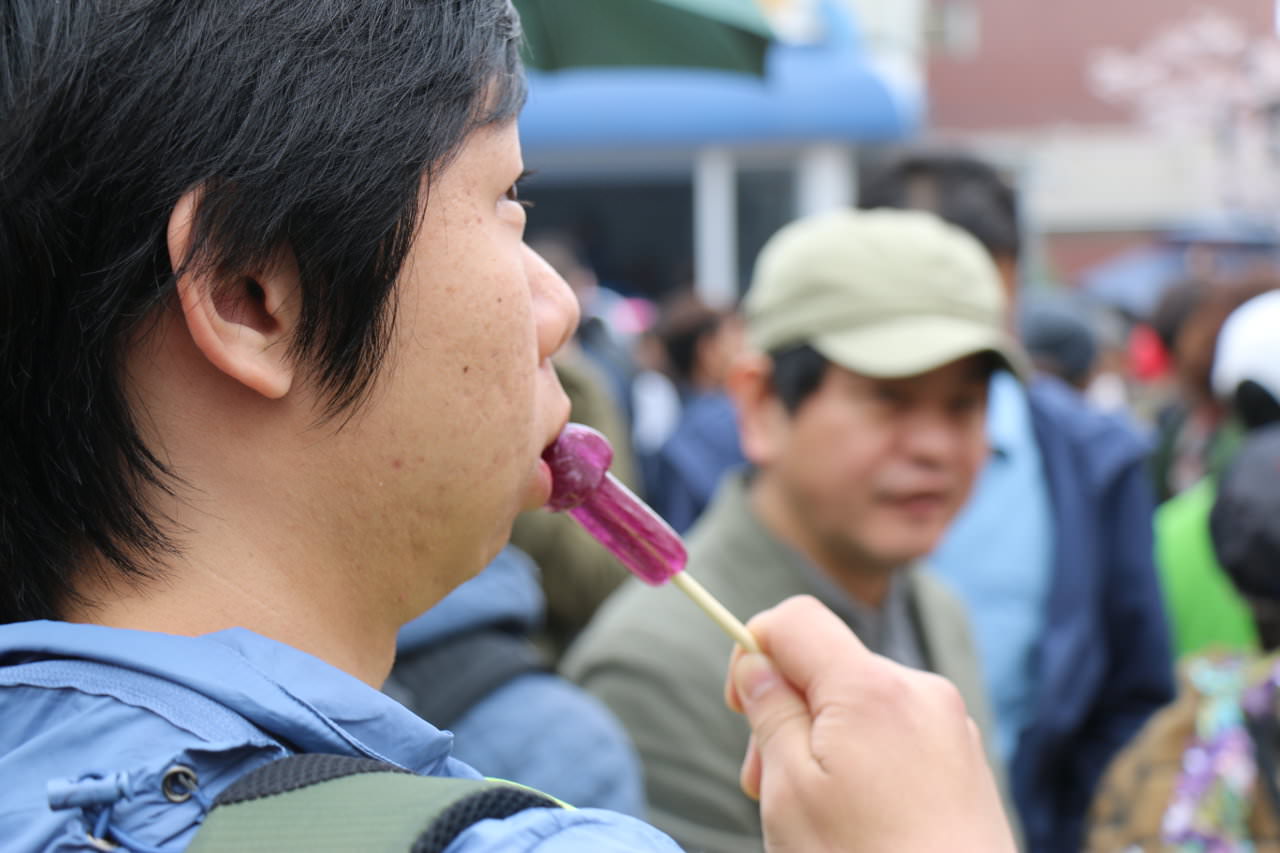 A guy with his purple lollipop shaped penis 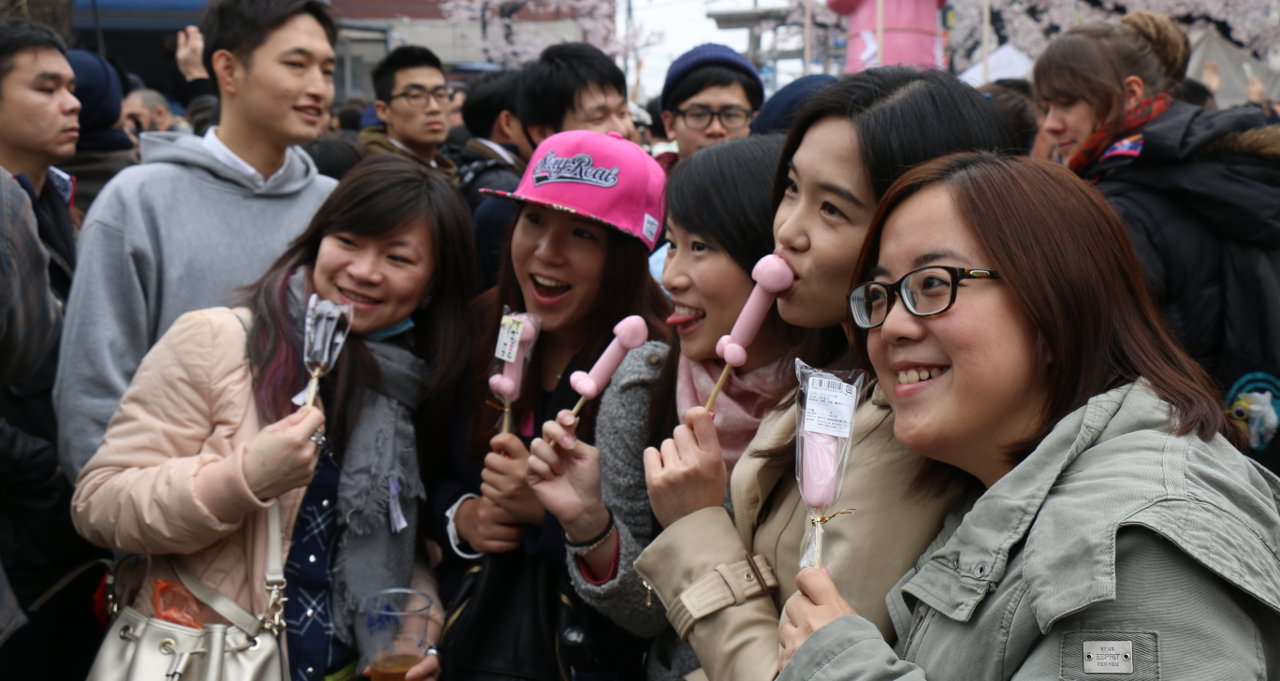 As I always say : To know everything in this matsuri, come to the festivities and participate in the parade ! Yaaaaaay!!!!!