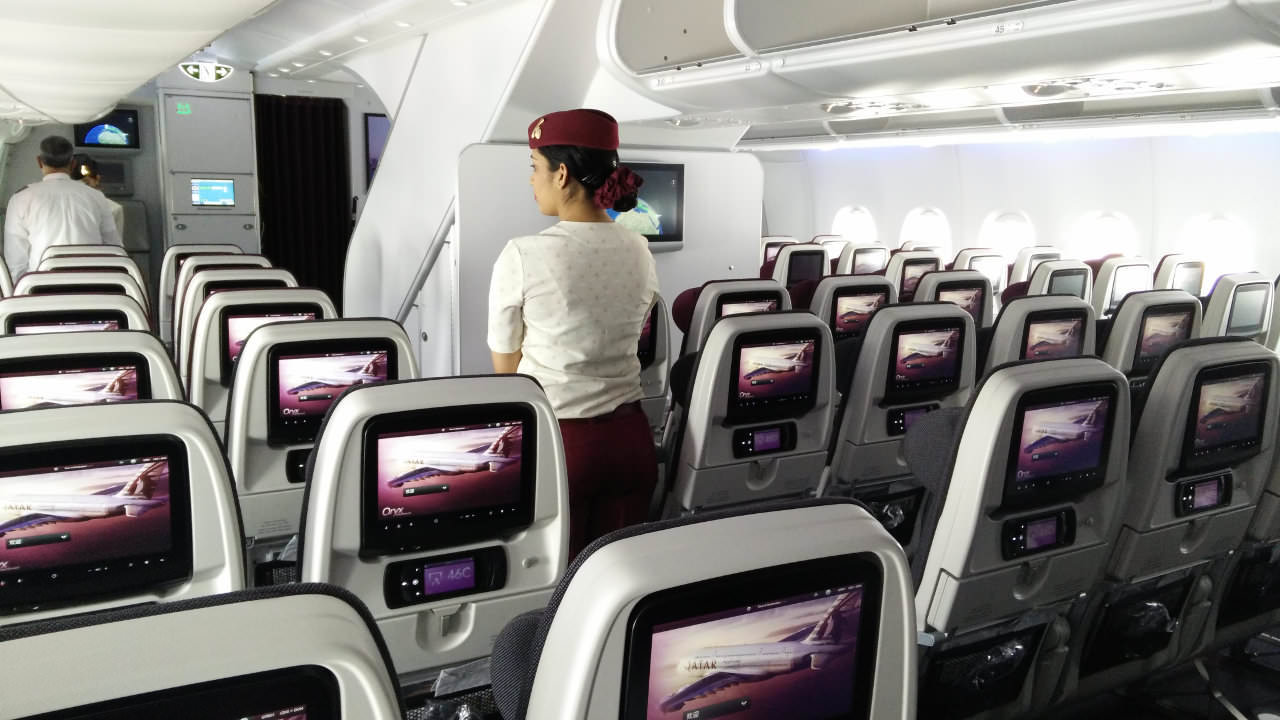 If you plan to go to Japan soon, here's my advice : Experience yourself, book a flight with the A380!!!

With 72.7 meters long, 6.58 meters wide in cabin for the main deck (5.92 meters for the upper deck) and 24.1 meters high, one of the largest aircraft can carry up to 517 passengers on two levels. It offers unprecedented comfort to their passengers even in economy class. 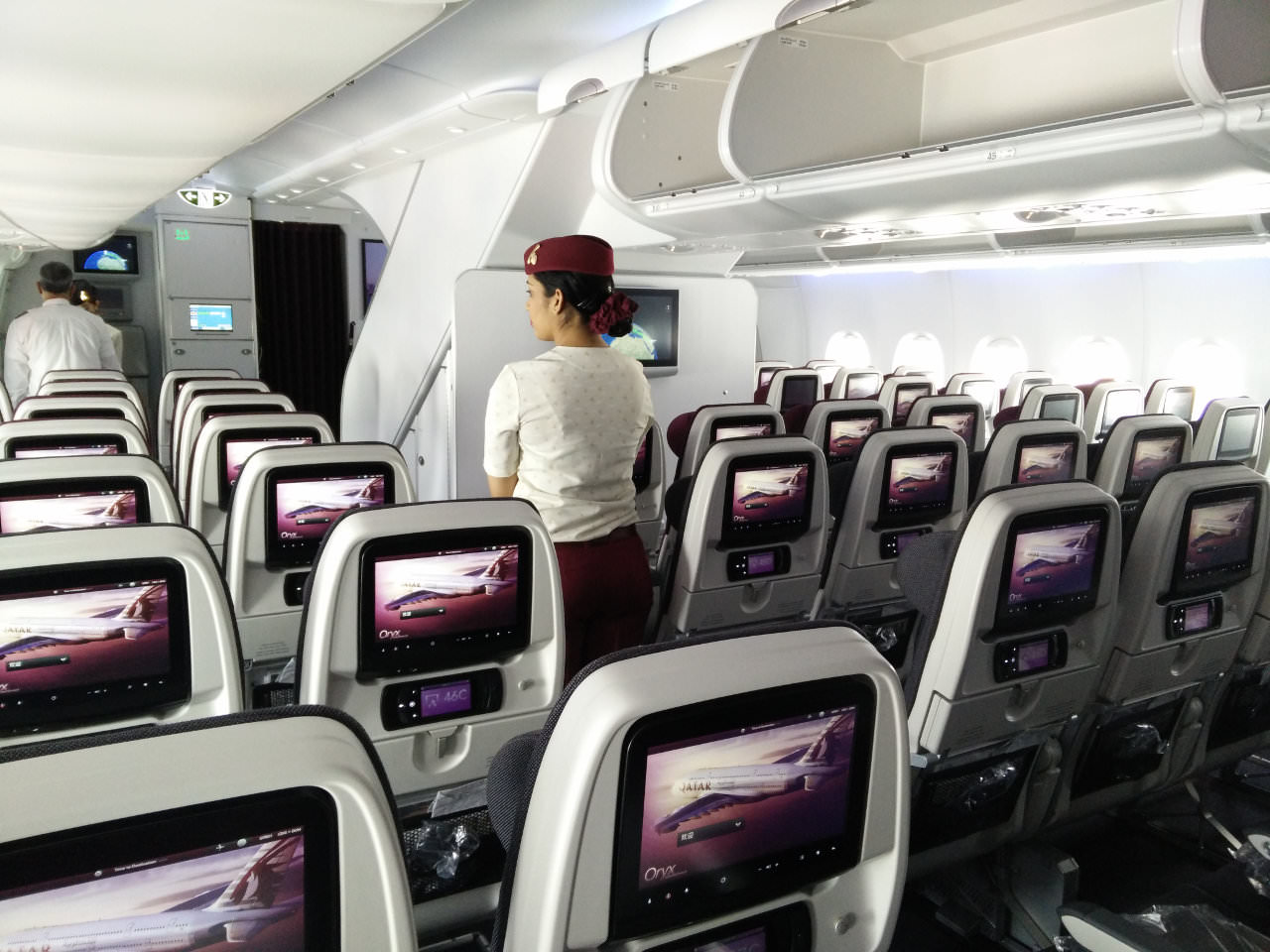 The A380 of Qatar Airways proposes to use the wifi device . Once connected to the wifi with an account that you created directly , it is possible to access to a small data quota of 10MB. Note that the connection can be very slow, it's because of the traffic. It goes through satellite before returning to the mainland. So there is significant latency (Information journey time ).

The quota is very limited, but it is possible to increase it without paying the fee of $ 5 (see it in our future video 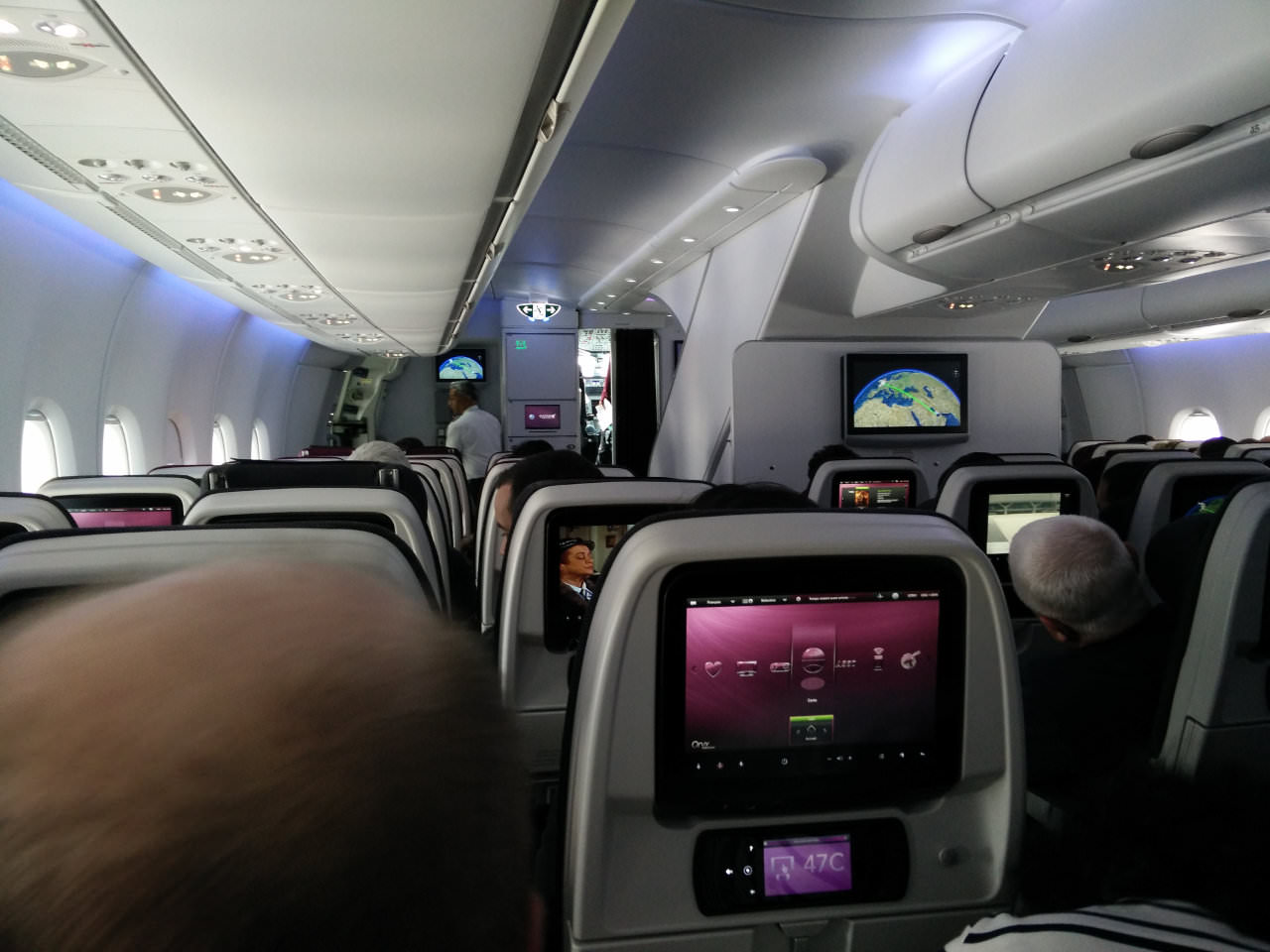 You can see inside the cockpit from our headquarters. It has nothing to do with the wifi, but I think it is nice to notice :)

The screen allows you to access the camera of the device, there are 3 different : 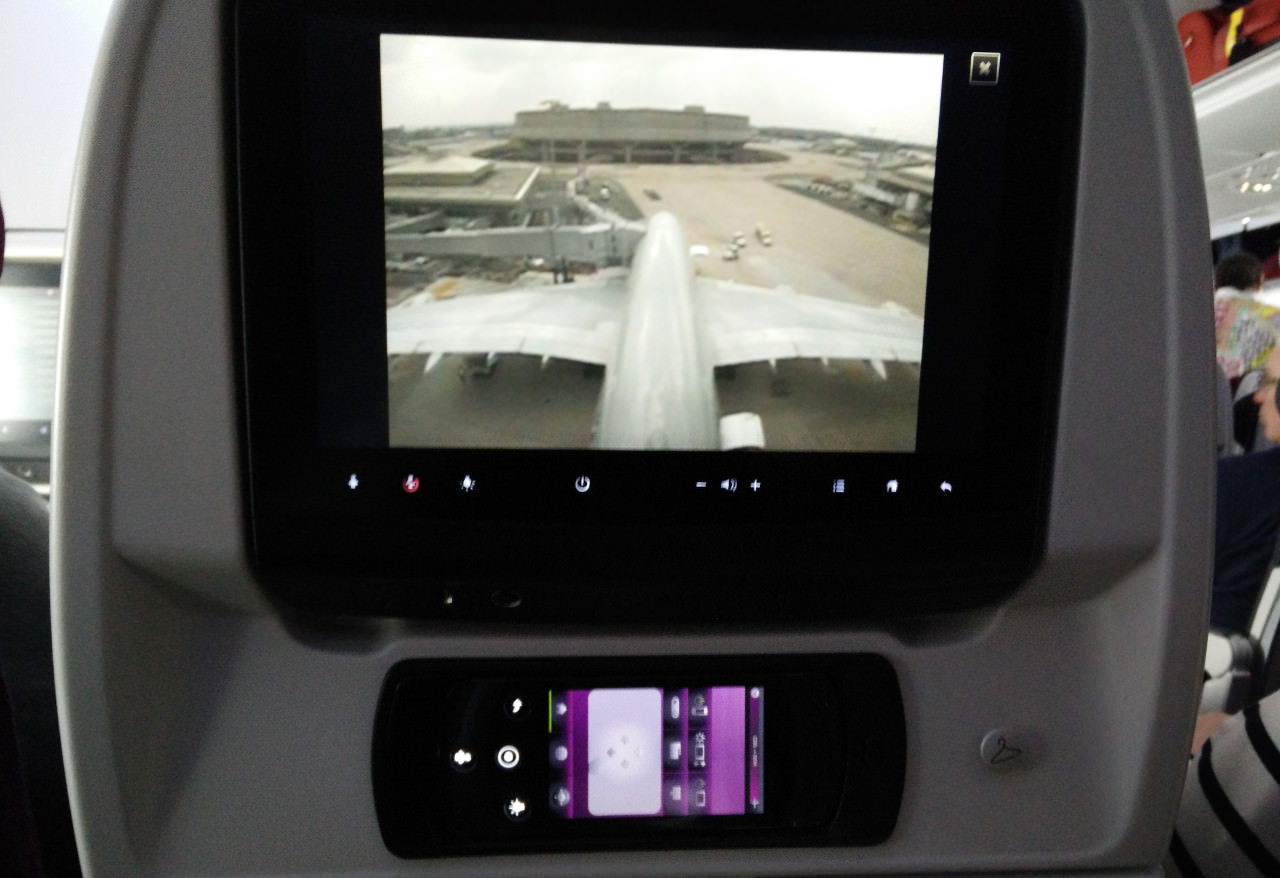 Change of atmosphere on the B777

We flew on the A380 from Paris to Doha and then on the Boieing 777 from Doha to Tokyo, so naturally we compare directly.

First, the distance between passenger seats in the A380 is slightly larger , even if there is still a lot of selfish and rude French tourists who suddenly lower their seat while the plane prepares to take of ... Second,each passenger have his own integrated touch screen newer and better quality than in Boieing 777 as well as the remote control that comes with it. Also note that the A380 has 3 cameras on the aircraft allowing passengers to see outside of the plane from their screen. Besides in the A380, the WiFi is available for all passengers.

If your stop lasts long enough or you get to your final destination with the A380, you can ask a flight attendant to do a tour of the plane after everyone was off (they are not allowed to do it during the flight because the first and business classes are at the second floor and the VIP should not be disturbing). 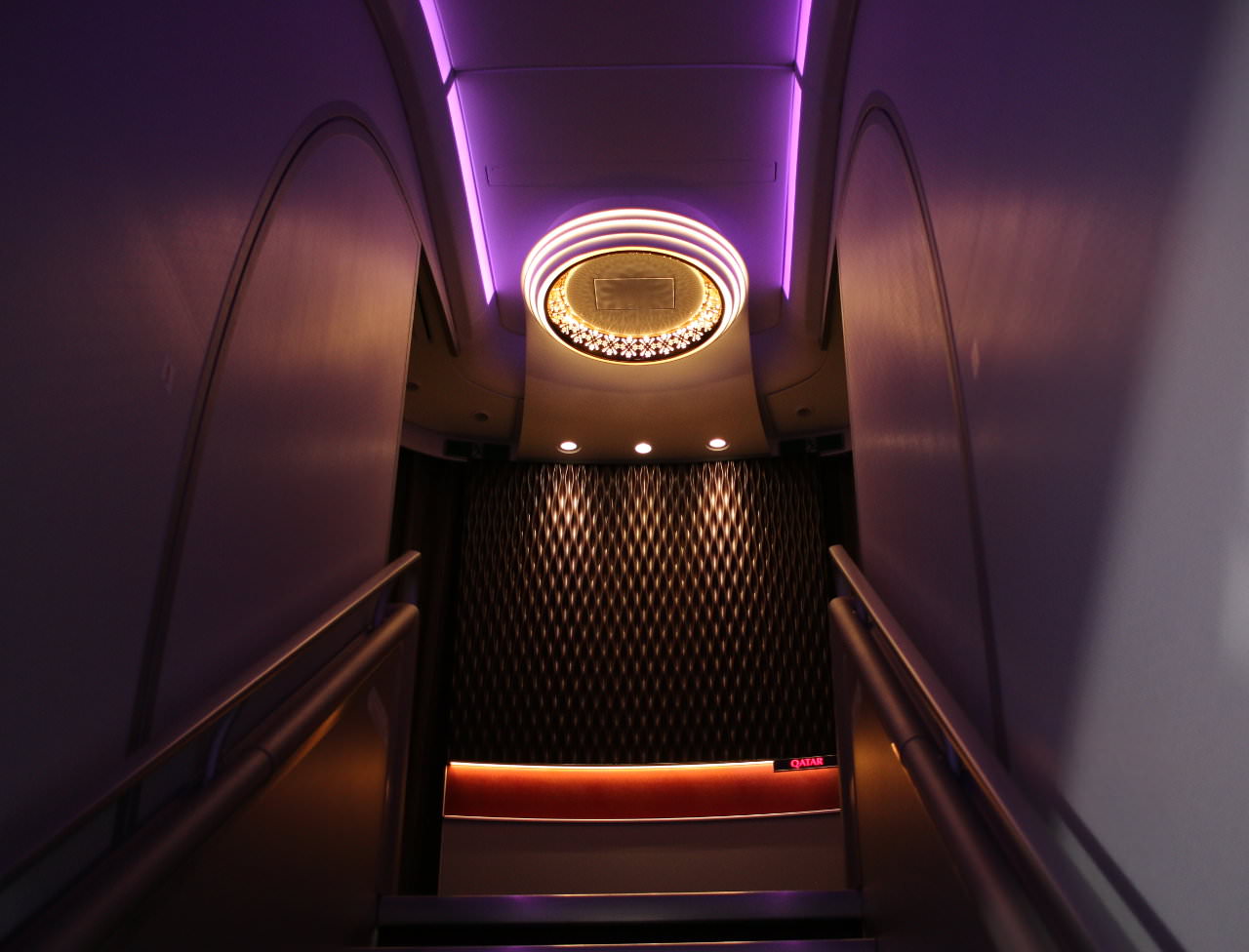 Virtual tour of the A380

Problems with the screen

It often happened that the operating system of the screen went down. The flight attendant came to do the restart once. So after that, I did it myself. Unlike other aircraft I have taken where the hostess had to go to a central to do it, here we have a direct access to the control.

Here how to handle it :

It is possible to go to Japan in A380 with other companies than Qatar Airways.