Every year in February, a large ice sculpture festival takes place in Sapporo. It is held on 3 sites in the city: on the street near the Susukino subway station, the Ōdōri park and the base of the Japanese self-defense forces of Makomanai, Tsudome. This began in 1950 when local mild and high school students exhibited 6 ice sculptures in Ōdōri park. Today, the event brings together one of the largest international ice sculpture competition and more than 2 million visitors each year.

Hundreds of snow and ice sculptures line the 1,3 km of Ōdōri Park from the Television Tower. There is an ice skating rink at the foot of the tower, but there are also stalls for eating. There are even 2 huge ski runs on which ski school students compete in the jump or make incredible acrobatic figures. There are a lot of people who come to the festival, which is why there is a way for walking, enjoying the works and strolling along the park. Different themes are carved and exposed. This year the walk begins with a sculpture on the theme ‘The Dream House’ with the winner 'the Whale House', followed by the block on the theme 'Final Fantasy VII', then 'Totto Shotengai', the shopping street. This will follow the block with Taiwan and the Taipei Guest House and medium-sized sculptures of the Sapporo Asian Winter Games. You can enjoy a break at the Hokkaido Food Square and then start off again in a good mood towards the sculptures on the theme 'France' with the representation of the Arc de Triomphe and some other medium-sized sculptures on characters from Anipop Club . The visit continues with the enormous sculpture of the Chu-kondo (the Central Golden Hall) of the Kofuku-ji Temple in Nara which opens the next block. Then various smaller sculptures constitute the next block as the statue of Yuru-chara, a cute local mascote. Finally the block on the theme 'Star Wars Episode IV - A New Hope', a sculpture in the shape of a Cup Noodle and the block of the 44th International Snow Sculpture Competition in which 12 teams participated this year.

It is the most important event on the island of Hokkaido and also the most visited of the North. And it is definitely worth a look. The sculptures are enormous and truly impressive. The snow, the cold and the illuminations make the scenery magical and the city magnificent. It is a dazzling sight for the eyes and invigorating for the soul :) 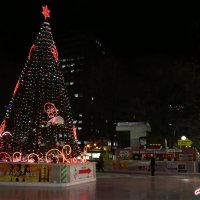 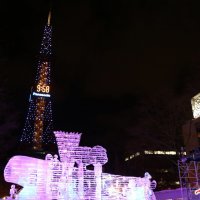 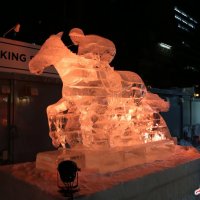 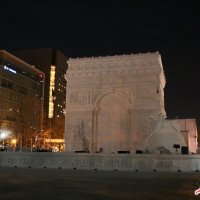 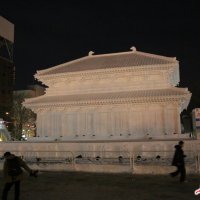 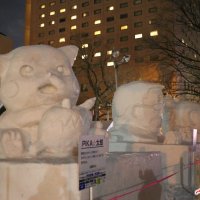 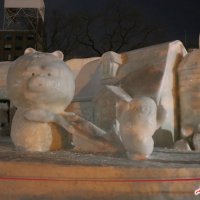 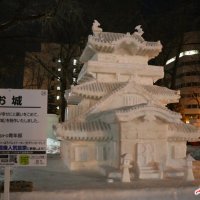 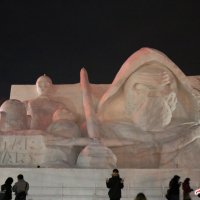 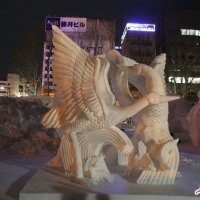 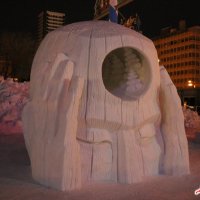 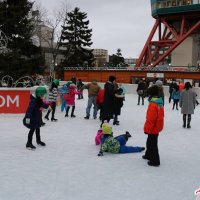 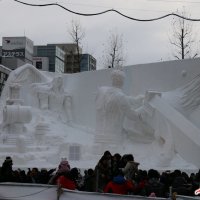 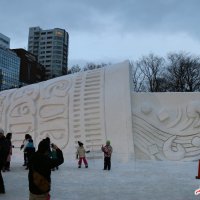 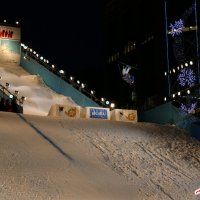