This only happens 2 days in ayear ! The doors of the Imperial Palace of Tokyo open to the public and a part of the palace is accessible. And yes, exceptionally, on January 2 and December 23, normal people like us are allowed to enter through the main gate of the Tokyo Imperial Palace and cross the famous Nijubashi ! These two days, the Emperor of Japan and his family make an appearance on the balcony of the administrative building. On January 2nd, the Emperor presents his wishes of the beginning of the year to the population and the 23 of December because it is a very special day for him, it is the day of his anniversary.

The present emperor of Japan is Emperor Akihito and he was born on 23 December 1933. It is a national holiday in Japan. Of course, this holiday changes according to the emperor on the throne. The main gate in front of Nijubashi opens from 9:30 am and the Emperor on that day makes 3 appearances at 10:20 a.m., 11 a.m. and 11:40 a.m. (for the New Year there are 5 appearances spread over the day). The Emperor and his family make their apparitions on the balcony, the crowd shakes small flags of Japan to show their affection to the Emperor and comes the time of the speech of Emperor's thanks to the crowd to come to wish him his birthday.

We arrived at 8:30 in front of the main door and there was already a lot of people. Security is pretty important for the event, there is a body search, so it takes some time before you can enter the pre-numbered queues to enter the palace. And even arriving relatively early I think, we were only in wire number 5 (out of 10) of the middle rows. For this morning there were 8 rows on the right side and 4 on the left. After the long wait in front of Nijubashi, the doors open and the policemen let people enter row by row in chronological order. Then everyone jostles a little towards the big square facing the balcony and tries to settle as close as possible in order to see the emperor and his family. The emperor's speech lasted a few minutes and the whole royal family greet acclamations of the public in return. And finally, the crowd is escorted to the exit for the traditional business card exchange.

It is an event that is rather short in the end but we can feel the affection of the Japanese towards their Emperor. And it's always fascinating to see (even by far) members of a royal family in real, almost in person ;p


Map to get there 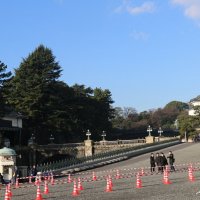 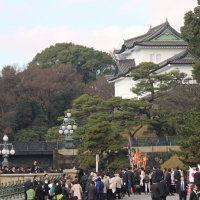 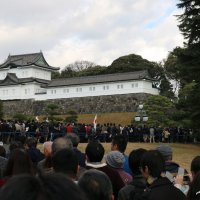 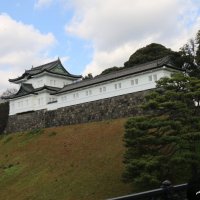 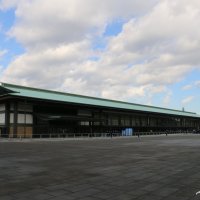 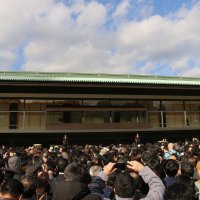 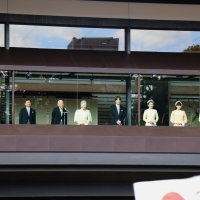 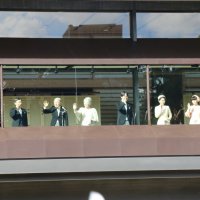 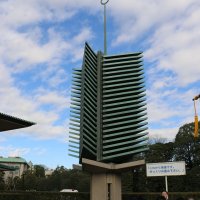