The Ginkaku-ji, which literally means the Temple of the Silver Pavilion, is a Zen temple. Its official name is actually Jisho-ji 慈照寺 which means Temple of the Shining Mercy. The shogun Ashikaga Yoshimasa whose grandfather built the Golden Pavilion, wanted to do better and ordered an ostentatious monument. So he built in 1482 the Silver Pavilion, the original idea was to build a magnificent building as the Golden Pavilion, and cover it with silver. Unfortunately, because of the Onin War (1467-1477), the Ginkaku-ji was never covered with silver.

After the death of Ashikaga Yoshimasa, the Temple of the Silver pavilion became a Zen temple, it is now associated with the Shokoku-ji branch of Rinsai Zen Buddhism. Admission is 500 yen per person. You can see the Silver Pavilion (which has no silver lol), its Zen garden made of sand and there is also a remarkable view of Kyoto at the top of the hill of the temple. The Zen garden of this temple is beautiful. It is very little known by tourists but it's pretty impressive. The garden is a work attributed to the artist Saomi and has 2 sand structures : the Kō-getsudai the sand pile symbolizing the Mount Fuji and the Ginshadan. The Togu-dō is now part of the main building of the temple but in fact it is an original construction of the villa of the Shogun built in 1486 and is a national treasure of Japan.

Many people think that the Silver Pavilion is more beautiful than its counterpart the Golden Pavilion. Personally, I think they have their own uniqueness and both deserve to be visited as much as the other one. 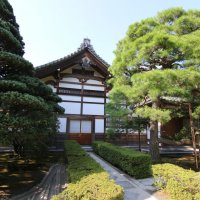 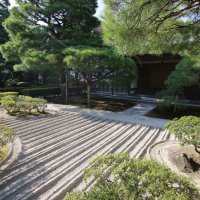 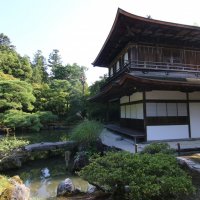 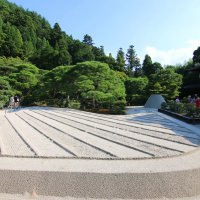 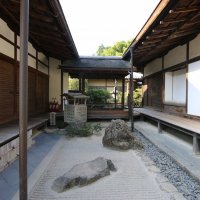 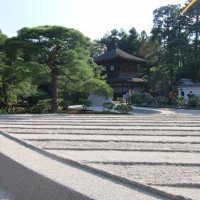 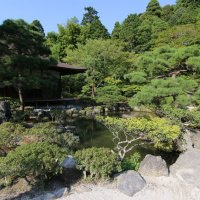 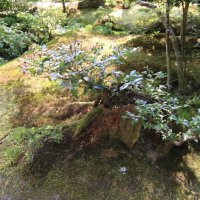 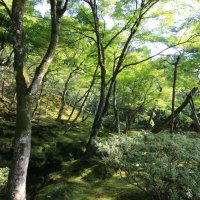 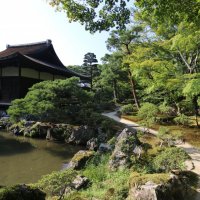 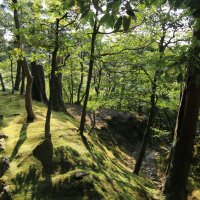 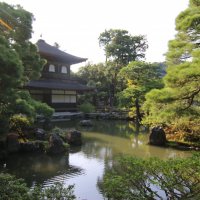