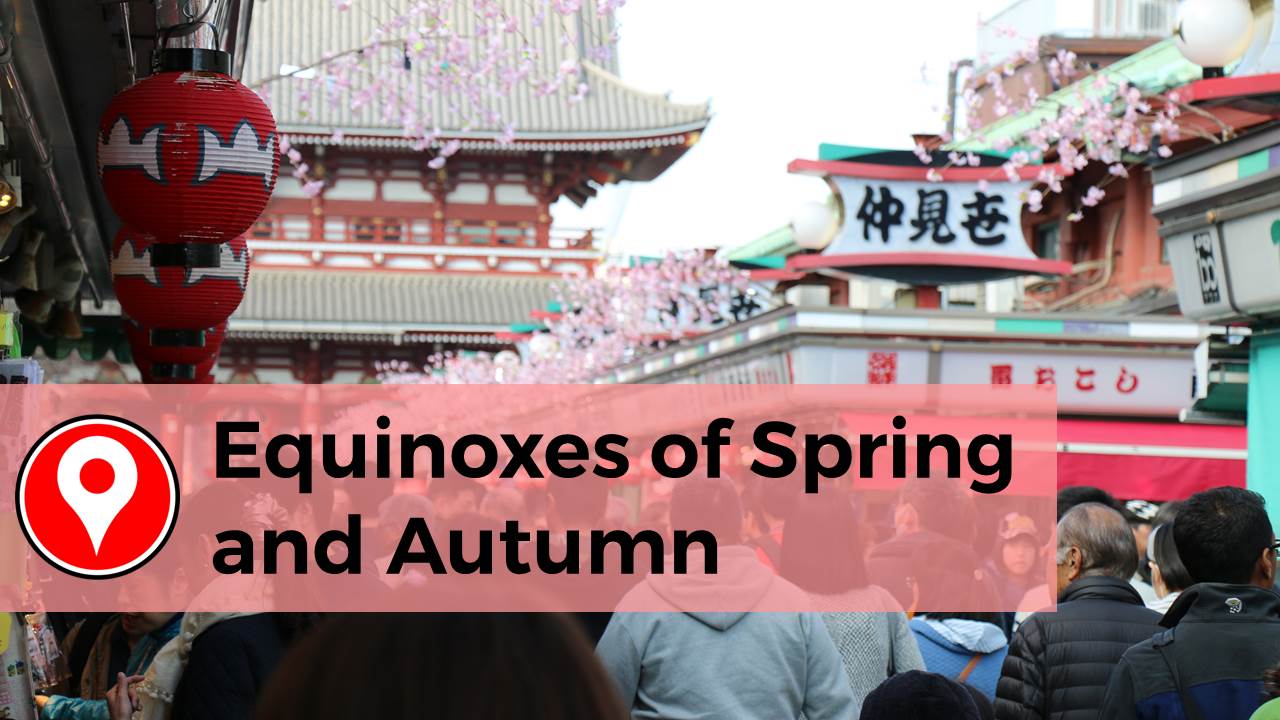 Spring in Japan is the season of cherry blossoms and Hanami which means the flowers contemplation. It is a tradition from the Nara period (710-784). Indeed , there began by contemplating the Japanese apricot blossoms. And it is only from the Heian period (794-1185) with the Emperor Saga, they began to celebrate the contemplation of Sakura.

Today, in order to perpetuate this tradition from south to north of the island , they meet with friends and family under the cherry blossoms to toast , take pictures and enjoy the moment.

Everyone knows the Spring Equinox is on 19th , 20th or 21st of March and in Japan it is a day which is celebrated. Thus, it is a day that is a holiday! And if that day falls on a Sunday , the following Monday will be busy. This is very important for those who visit Japan but do not remain for long. In fact, spring equinox this year fell March 20, 2016and it was a Sunday. Therefore, Monday, March 21, 2016 was a holiday. All parks and gardens which normally close on Monday , opened that day. Tokyo was full of people ! What we did not know is that as Monday was a holiday and all parks and gardens to visit were closed the next tuesday .... No luck :(

Attention, it is the same for the Autumn equinox on 22nd or 23rd of September. It's party time for Momijigari, the observation of the Koyo (the change in color of maple leaves) in autumn. It is also a holiday!

So for your next trip to Japan, prepare well your program and be careful to holidays! ;)