In this video we try some daifuku other than red bean. The daifuku is a Japanese dessert with rice flour stuffed sticky. The inside can change from daifuku to another, but the main ones are stuffed with red beans.

There are also often stuffed with red beans and a whole strawberry inside. This is really nice, even just visually :) 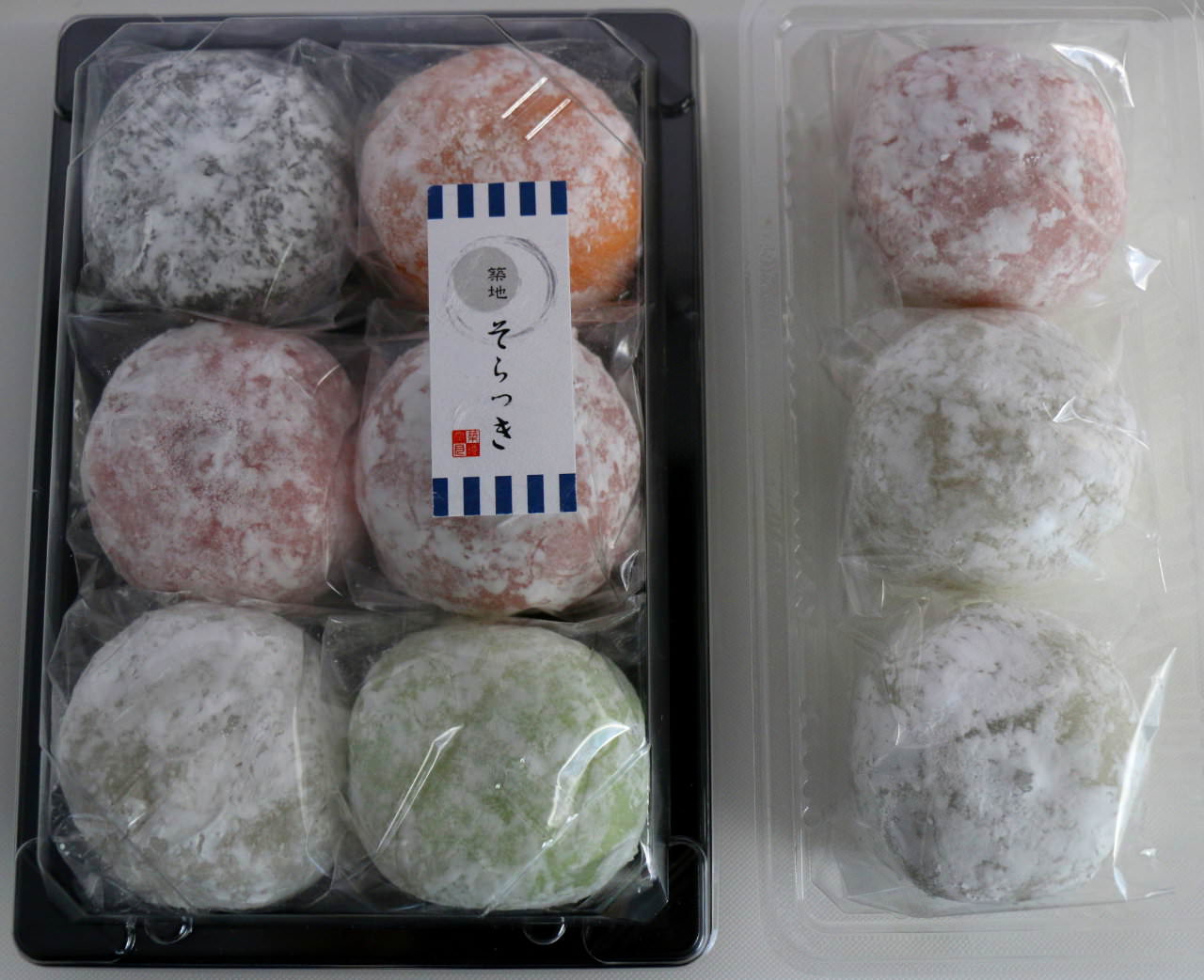 The touch, this dessert is soft and fluffy , like a marshmallow. In the mouth, for those who know the glutinous rice flour is quite gelatinous,but it is a little bit more sticky (comparable to the texture of cheese that melts and flows). The taste, depending on the scent that is stuffed inside the mochi. The dough with matcha (Japanese green tea) and soy bean are slightly sweet, while the red bean is more. The one with white peach is even sweeter. So choose perfume depending on your preference (more or less sweet) :)

The fragrances we chose to sample are: matcha, soy bean, black sesame, wasabi, red beans, strawberry, white peach and mango. In the videos, some daifuku have a central layer of cream (a bit like sour cream). Personally, I ended up removing it because it's a bit fat. In the end, (after having tested a little of each) my preference would be the mango one, the flavor is really aromatic and not too sweet. It was really delicious! The strawberry one do not leave indifferent either! After opening the bag, the smell wafts the room. It was like eating a tagada strawberry (and this is the only daifuku where I did not remove the cream)! Regarding daifuku with soy and black sesame, I have no complaints. The mix of taste between mochi and of these two fragrances, is a great marriage, similar to the red bean one : just excellent! In the opposite, I was a little disappointed by the daifuku with wasabi. Their taste is almost tasteless compared to others, as I was expecting an explosion of flavor :( Fortunately there were 7 other flavors to catch (also, it must be for all tastes :p).

If you have the opportunity to taste it, do it! You will not regret it ;)